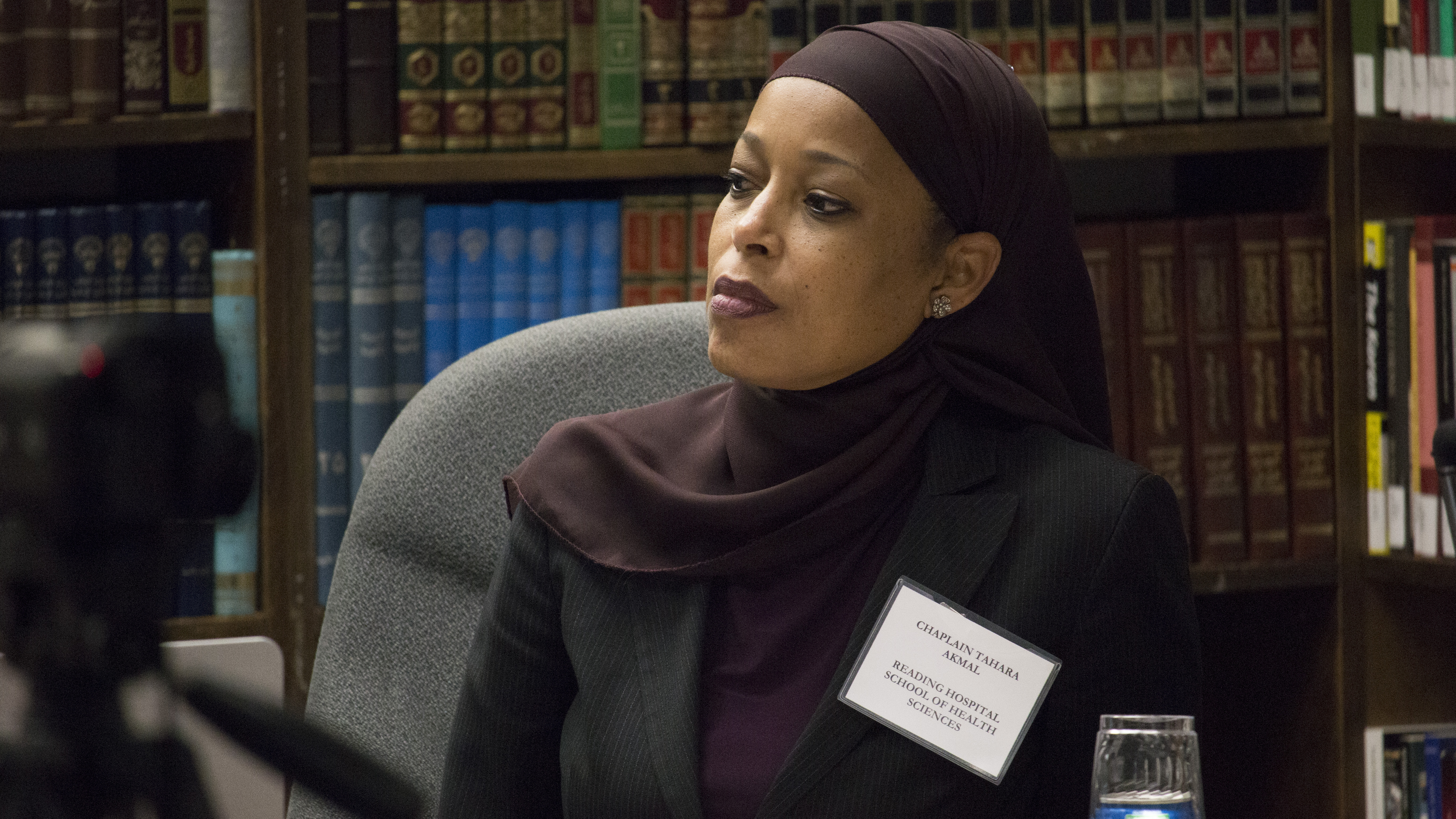 Atlanta, Georgia- Tahara Akmal grew up in Southern California, spending the first seven years of her life in the city of Compton, California, her family eventually moved to Carson City, and subsequently to the Los Angeles area. Today Chaplain Akmal is the Director of the Clinical Pastoral Education (CPE) program and is the Association of Clinical Pastoral Education (ACPE) Supervisor at the Reading Hospital School of Health Sciences in Reading, Pennsylvania.

It has been a long trek for a little girl from Compton, California to becoming the first Muslim Woman Clinical Pastoral Education Supervisor certified in the fifty (50) year history of ACPE. Chaplain Akmal became a certified ACPE Associate Supervisor in 2015 and a Full ACPE Supervisor in 2016.

Chaplain Akmal has been involved in Chaplaincy since 2006; however, her work educating chaplains began in 2012. In a telephone interview, I asked her of the influences, which led her into the Chaplaincy, and Clinical Pastoral Education. Her responses were quite admirable and inspirational. She shared how growing up in a religiously diverse household laid the foundation for her Chaplaincy and Pastoral Care. Her father a practicing Muslim who more descriptively … lived his beliefs, while her mother a devout Christian early in her life, modeled for the young Tahara, what being “human” looked, and felt like.

She learned first-hand how a practicing Muslim family could grow to understand and appreciate Christ through her mother’s Faith. Who by the way, reverted to Islam as her own Faith along the family’s journey. She stressed the significance of how the existence of empathy, diversity, authenticity, and genuine concern for others played an early role in her human development. Her emphasis on human characteristics of empathy and caring resonated all throughout our discussion.

Director Akmal also shared an experience she had in 2004 of a very ill aunt who had to be hospitalized and was thought to be nearing the end of her life’s journey. Chaplain Akmal further iterated how it impressed and stuck with her how a Chaplain with the hospital had come to her and her family and expressed such profound concern for her aunt’s health and well being even though he had just met her. She said that memory of a perfect stranger’s sentiment for her aunt had never left her.

That lasting impression could very well have been the seed from whence this extraordinary Pastoral Care Professional germinated.

I pivoted to a question I had been anticipating her response to from the outset of the interview outline. What was it about her life’s work that keeps the radiant smile upon her face?

Chaplin Akmal and I met at an all day Fiqh Forum hosted by the “International Institute of Islamic Thought (IIIT)” in July of 2016 at its Headquarters in Herndon, Virginia. Fiqh is an Arabic term meaning deep understanding. Technically it refers to the body of Islamic law extracted from agreed upon Islamic principles and philosophy. (IIIT), in many circles is considered the premiere Islamic Think Tank of North America. She had this jubilant smile that is apparent in all of the photographs I have seen of her since that meeting. Her response conjured up for me the description of what her days growing up in Southern California must have been like. The family memories, and experiences laced with diversity, love, and the concern that filled her formative years. They all contributed to her finding and transitioning into the professional, educator, and care provider; life has rendered her to be. She seems to wear the satisfaction of her journey … on her face.